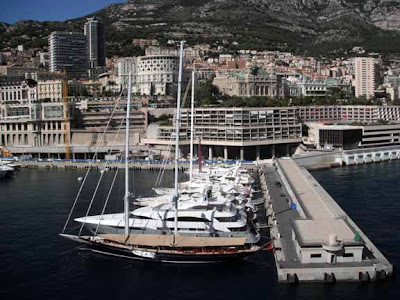 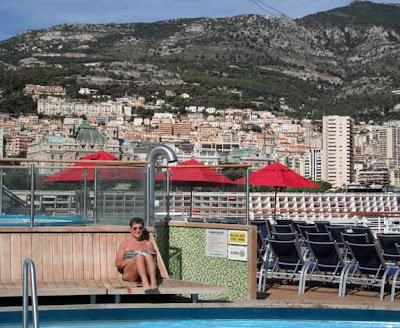 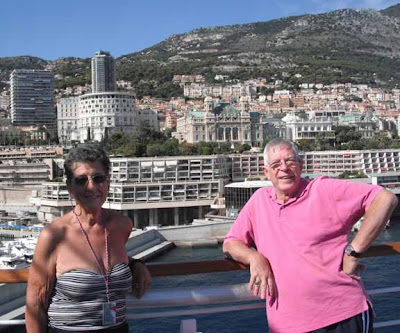 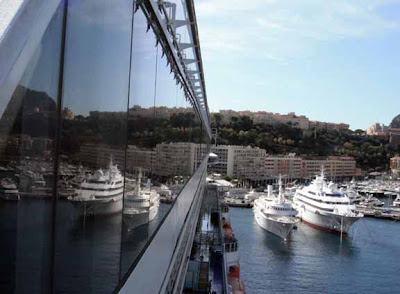 We stayed on board all day!! We had been to Monte Carlo before and decided to use this day to rest and relax. It was a very pleasant day all together.
Posted by Libby and Jack at 7:46 AM No comments:

We were up early for breakfast at the hotel and then on to the ship. It was just coffee and fruit for me and a variety from the buffet for Jack.

One of our friends had arranged for a bus to pick us up at the hotel and drop us at the port. It was a bargain at 5,50 Euro each. We were in our rooms and unpacked by 11:00 AM. We went exploring, had lunch and then on to the cocktail party.

Annette from our Cruise Critic group had arranged the party. For $16.00 it was an open bar for an hour and a half. Jack certainly got he money's worth as did most of the others. It was a really fun party and another chance for us to get to know our fellow cruisers. I used the time to collect money for the tour I arranged to Pompeii.

After the party we participated in the safety drill, ate Sushi and took a short nap until time for dinner.

Dinner was very special. Bianca was our waitress on the Carnival Magic for 49 days when we sailed around South America. We adored her and friended her on Facebook. When I realized that she would be on this cruise, I asked her to get us seated at her table. She did just that. What a wonderful reunion. We embraced and were greeted as family by her table team. They were all expecting us. Bianca even gifted us with a bottle of wine. The best part of this cruise will be getting to spend time with Bianca again.

The late night comedy show was funny. It was almost midnight before bed. A really late night for me!! 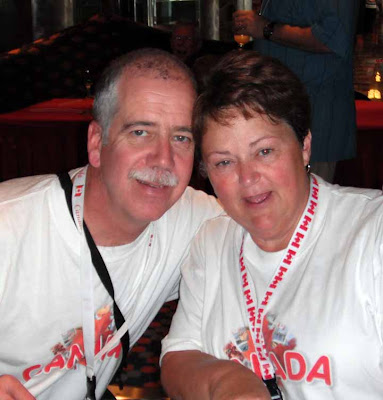 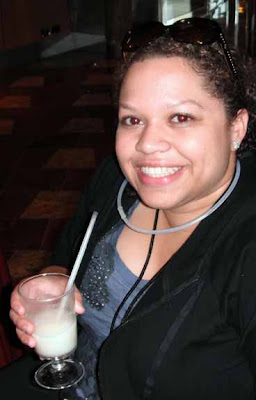 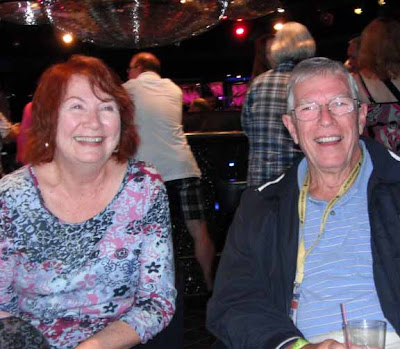 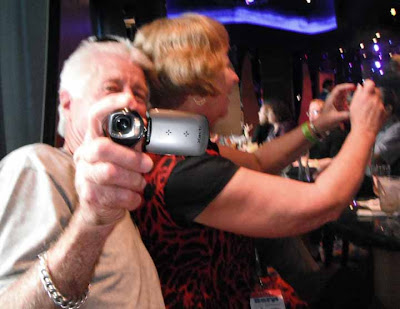 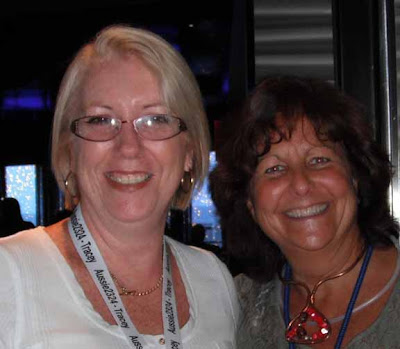 Posted by Libby and Jack at 7:43 AM No comments: 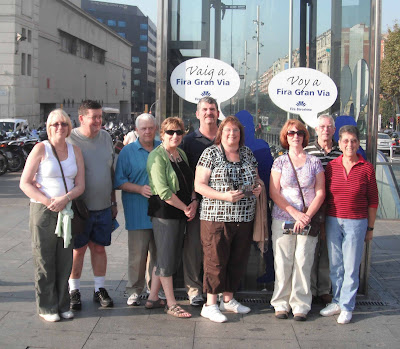 What a fun day we had with new friends. Ten of us who met on Cruise Critic made the pilgrimage to Montserrat. Jack was our guide and did a wonderful job leading us through the metro and getting us on the right train.
We left the hotel at 9:00 this morning, found our way to the train station, bought the tickets, had breakfast and then caught the 10:36 train. The ride to the monastery took an hour and a half.
When we got there we took the cable car up. Once there we toured the museum, went to noon mass, toured the Basilica and had lunch. After lunch we rode the funicular up the mountain and hiked the trails to the top. The view was spectacular. 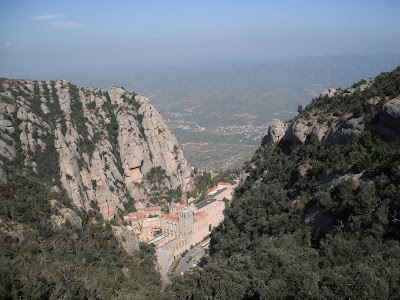 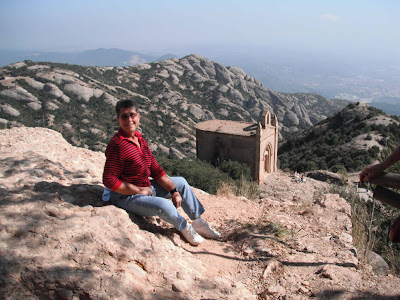 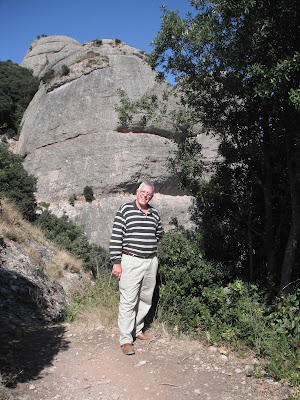 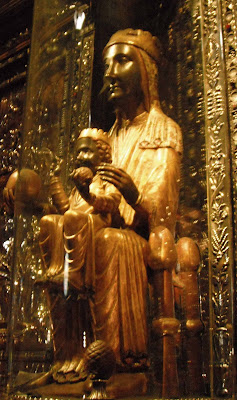 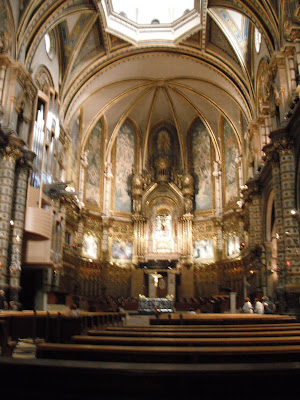 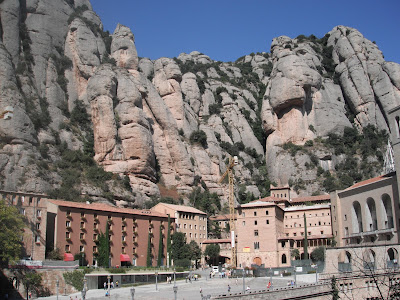 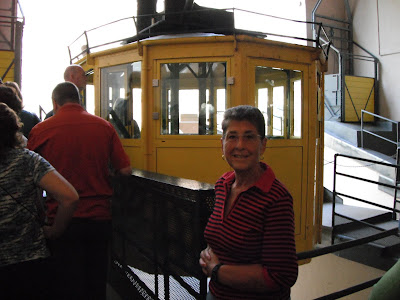 Posted by Libby and Jack at 7:07 PM No comments: 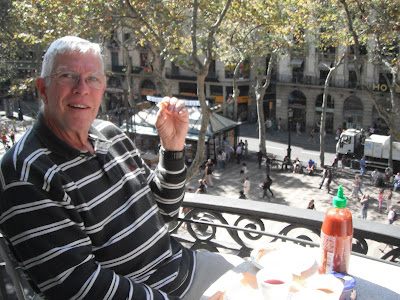 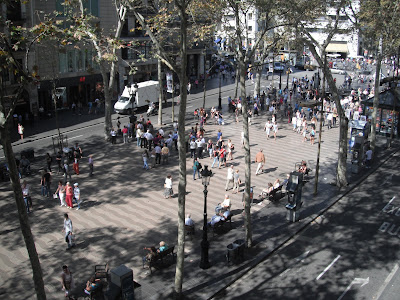 We made it to Barcelona. The trip was pretty uneventful. All flights were on tome and went as scheduled. We checked into the Hotel Continental Barcelona around noon and had a fun afternoon.

We had lunch at the food bar in the hotel, sat on the balcony, met lots of friends from our Cruise Critic board and walked down La Ramblas.


Off to Montserrat in the morning.
Posted by Libby and Jack at 11:14 PM No comments:

Our flight on American Air was purchased through 1.800.fly.europe. The one way ticket was really cheep.... about 400.00 each, but the routing is crazy. We fly from GSP to DFW to JFK to Barcelona! We are scheduled to arrive in Barcelona at 10:30 on Oct 5. We will use the AeroBus to get to our hotel.

We are booked for two nights at The Hotel Barcelona Continental http://www.hotelcontinental.com/web/biznietos.php?apartado=43&Plugar=1&opcion=12&barcelona . It is a great location on Las Ramblas. A big group is staying there and we have planned to get together a couple of times before sailing.

We met Sandi and Gary on Cruise Critic. They live in Boiling Springs and New York. Sandi emailed me and we met for dinner last winter. Then we all took Shag lessons together!! It was fun but can't say any of us are super dancers. Anyway they get into Barcelona about an hour after us, so we are going to try to find them when they get off their plane and share a ride to the hotel, leave our bags, get some lunch and wander around for few hours until our rooms are ready.

I don't do well on these overnight flights so expect to crash early. We have to be up fairly early the next morning to go to Montserrat.

Jack is going to be the leader of our group of 10. He has directions and a map so I know we are in good hands. The ticket includes the train ride, lunch and all the sights including a museum (you know what I think about museums!) . It is suppose to be beautiful..... I'll let you know.

There is a dinner that night at a Tapas place that about 25 people are attending. We are not going. Maybe if I change my mind, I will but right now I'm thinking an early night. 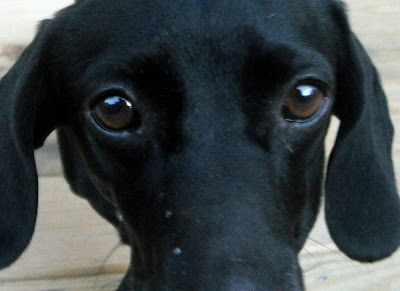 The planning is complete, the Euros bought and the bags packed!

We are taking Max to Eliza on Sunday and Moosie to Keller's on Monday.

For the first leg, we will begin in Barcelona on the Carnival Magic

We overnight in Barcelona Oct 28 and then switch ships to Royal Caribbean's Liberty of the Seas for the trans-Atlantic leg.

Posted by Libby and Jack at 6:01 PM No comments:

My Blogs from other trips

Libby and Jack
We enjoy cruising. We have always wanted to go to South America and to the South Pacific. A cruise ship is the perfect transportation. We cruised on The Carnival Splendor around Cape Horn in February and March 2009 and The Star Princess from San Francisco to Sydney to LA September, October and November 2009. Our next cruise will be on The Carnival Magic in Oct and Nov of 2011. We will be sailing from Barcelona to Venice to the US.

We are ready for this cruise.

Cruise Critic Blog for the Cruise on Oct 7.